Percival “Percy” Cezair was born on the 8th of January 1925 in Arima, at 27 Providence Circular, an area also known as ‘Dog Patch’. 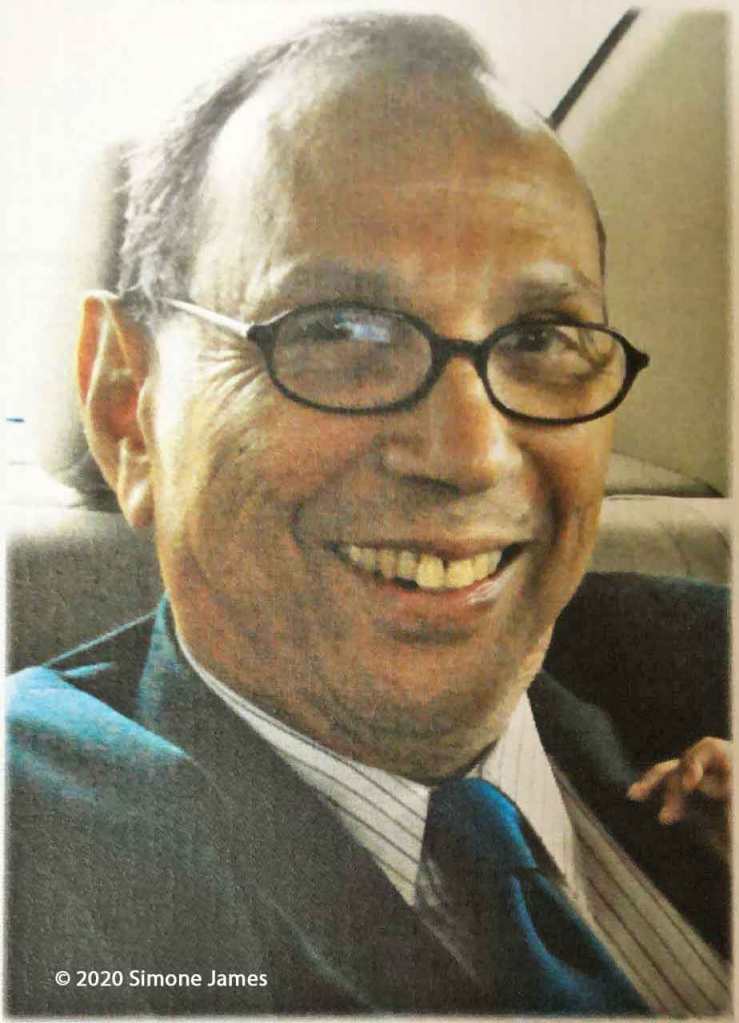 His mother served initially as an Alderwoman in the Arima Borough Council.

She later contested and won a seat in the Arima Borough Council elections, thereby making history by becoming the first female Councillor in Trinidad and Tobago and the Caribbean.

This was during the tenure of Charles Netto who served as Mayor of Arima in the late 1940’s and early 1950’s.

Her resolute service in the Arima Borough Council was a great influence in the life of her 2nd eldest son, Percival “Percy” Cezair.

Percy also served as an acolyte at the Santa Rosa Roman Catholic Church.

In his youth, he was a very avid sports enthusiast who played cricket and football.

In football, he played in the right-back position on the Cyclones team which he later captained, and also represented Arima. He enjoyed playing alongside the legendary “Slappy” Charles.

He eventually became a member of the Queen’s Park Cricket Club (QPCC).

In his later years, he became an avid golfer.

He went on to further his Industrial Relations studies at the University of Michigan in the USA.

Always very personally ambitious, he developed an extremely strong desire for success and he pursued his goals with dedication and zeal throughout his life.

He gained early business grooming during his association with the Junior Chamber International (JCI or Jaycees), of which he eventually became Vice President of the world body.

He went on to become a Financial Consultant for the Arima Textile Company.

Percy’s father, Leotaud Cezair, was a construction engineer who worked in the airport. Through this association, Percy soon realised that the airport needed someone to administrate operations at BWIA.

Percy decided to apply for and obtained the position of Chief Executive Officer for which his qualifications were well suited.

Following in his mother’s footsteps, Percy entered the political arena and served as Mayor of Arima between 1959 and 1963.

His outstanding service to the town of his birth made him one of Arima’s most notable Mayors. He played a major role in the infrastructural development of Arima, a key component of which was the construction of the Arima Velodrome.

Dr. Clifton “Cliff” Bertrand, one of Arima’s Olympic athletes, who was the founder of the Abilene Wildcats Athletic Club, was the person who proposed the idea of building the Arima Velodrome to Percy.

Cliff felt that apart from track and field, other sporting disciplines like cycling, tennis, netball and basketball were needed in Arima to steer the youths in the right direction and to develop their characters.

Percy agreed with Cliff and soon afterward the idea of the Arima Velodrome turned into a reality.

Cliff acknowledges that Percy was a person “who got things done”.

The building of the Arima Velodrome took many years because of its concrete structure. Truckloads of dirt had to be deposited and left to settle for an extended period of time. After that, precast concrete was poured to form the banking.

The length of time taken was to ensure that the concrete, after pouring, did not crack in any area.

Nowadays, velodromes are made of wood and can be constructed in a very short space of time.

Arima’s Velodrome, which when it was finally constructed was the 2nd largest in the world, has stood the test of time and is as intact today as when it was first built.

It became a mecca for cycling in the Caribbean and saw world-renowned cyclists such as the Frenchmen, Daniel Morelon and Pierre Trentin, and the Italian maestro, Luigi Roncaglia, having many a battle over the years with Trinidad and Tobago’s superstar, Roger Gibbon, to the cheers of thousands.

Percy’s son, Brian, recalls that when his father was Mayor of Arima, many of Arima’s “common” folks regularly visited their home seeking help with employment and any other ways Percy could assist them.

During his tenure as Mayor of Arima, Percy was usually seen driving around the borough in his American Rambler car with an unlighted pipe in his mouth.

He formed his own Industrial Relations business called “Pace” which he later renamed “Capricorn”.

He served for many years as an Industrial Relations Advisor and Consultant representing many small, medium-sized and large companies and unions.

He was an Advisor to the ANSA McAL Group of Companies the day it was formed.

The list of Percy Cezair’s work-related accomplishments is long and varied.

For many years during his life, Percy involved himself in the Real Estate business, buying properties, fixing and remodelling, selling and also renting them. It was another business he loved doing. 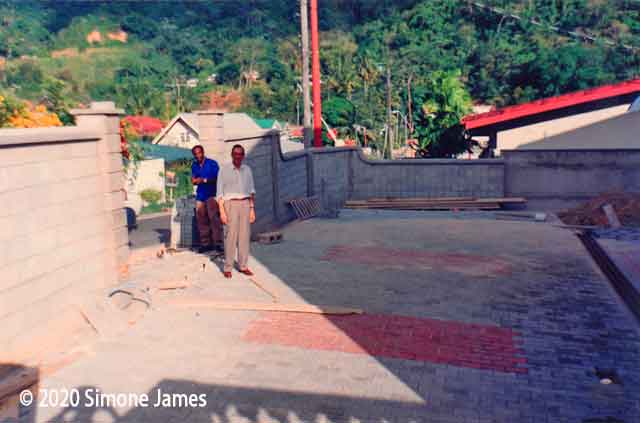 That was Percy Cezair’s way of life, always very active in working, developing his talents and skills, and then using his material wealth to help others.

He used his vast experience during his later years to give back to his community and country by sharing his wisdom and knowledge he had acquired over the years.

He was a columnist with the Trinidad Guardian newspaper for more than 20 years writing extensively on topics that ranged from Industrial Relations, Politics, Sports and the Economy.

He also hosted a radio show.

With all his business and other benevolent interests, Percy was at heart a family man. His family came first and foremost and he made sure his children had a proper education.

His love for them is evidenced by the rich legacy of his life’s work which he left behind.

“My father was the most compassionate person I ever knew.

I remember while he was Mayor, people lining up outside our house for assistance with various problems. He never refused to help anyone.

They were all given a hearing and whatever help was needed, whether financial, a job, or even once in a while a good word for someone in trouble with the law, he was always ready to help.

He found jobs for those who were having trouble with employment. Even those who seemed to lose jobs over and over were never turned away.

I remember that at Christmas time he had a trunk filled with gifts to give to those who had nothing. As children, that trunk intrigued us, but its contents were not for us but for those who were in need.

He was ambitious for his children, but even though he had his own ideas about what we should do as adults, he never hesitated to support us in whatever career we decided upon.

He gave me my first oil painting kit when I was six. I dabbled in it but never returned to full-time art till I was a grown woman with a six-year-old.

I had left those paintings behind and even lost sight of them all the years I was growing up. Lo and behold my father presented me with all my early paintings framed and ready to hang. He had kept them all those years.

Later I sent him some cards of my work as an adult and found out subsequently that he had blown them up and decorated his office with them. There was no better reward than that.

He was always thinking of us, but not only us, he thought of everyone.” 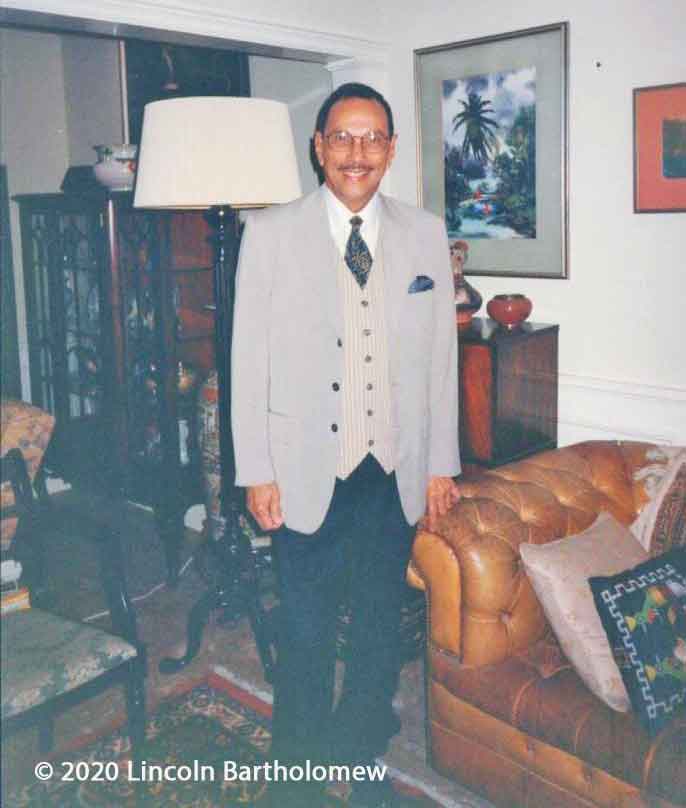